You read that right. There’s yet another fabulous reason to visit Orlando coming in 2015. I-Drive 360 is one of the top new Entertainment Complexes in Central Florida and the Sunshine State and it’s all the buzz. It’s opening is scheduled for the Spring of 2015 and will be home to the long awaited, and anxiously anticipated Orlando Eye Observation Wheel. This Orlando Eye Observation Wheel will be the main attraction to be included in the recent $200 million revitalization of the I-Drive hotel and convention area.

Much sought after Orlando and Clermont real estate is located within a short drive of I-Drive 360. You can choose from desirable communities such as Clermont, Minneola, Regency Hills and Winter Garden.

Are you wondering what else you can do at the I-Drive 360 Entertainment Complex? Well, the Orlando Eye Observation Wheel is just the cherry on a very tasty cake of… 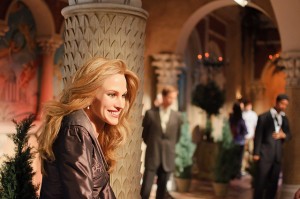 For quite some time, I-Drive has been a destination spot for tourists in the Orlando area. It’s close to Central Florida theme parks, and is also home to the Orange County Convention Center, and therefore remains a favorite for visitors and locals. With the coming of 2015, it will be even more of a fan favorite for those who call Orlando home as well as those who are just passing through. Image by InSapphoWeTrust Flickr

For more on the Orlando area, check out:

This site uses Akismet to reduce spam. Learn how your comment data is processed.